In 1998, then Sturtevant Richmont VP of Sales Don Reynertson connected a preset click wrench to a controller using a cable. The concept was simple, track results for that hand tool. It worked.

But the cable presented ergonomic issues, so Don embedded a radio in the preset click wrench. The radio communicated with the same controller that he had used when he used a cable. Now the ergonomic issues were gone.

Little did Don know that those first clicks would usher in a new era in wireless error proofing.

The first system of a wrench and a controller followed the DC Nut Runner model of one:

But it wasn't long before the customer needs drove Don to expand the concept. Soon he had multiple tools talking with the controller. The tools were used one at a time, but each tool could be a different torque value. Now flexibility and cost proved to be a huge advantage over the DC Nut Runner model of one.

Customers quickly embraced the idea and sales took off. In talking with customers Don saw that there were many more needs that could be filled by this "Human Powered DC Nut Runner." 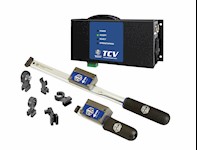 Additional controllers like the TCV were added. Wrench capability remained the same and still operated at 900 Mhz.

Then, in 2007 there was a huge paradigm shift. Sturtevant Richmont released the Global 8 Torque Controller. The Global 8 offered up to 8 parameters and each parameter could have a tool paired with it. The tool offering was expanded to include a digital torque wrench and an air qualifier that was connected to a Pneumatic Sensor Transceiver or PST. 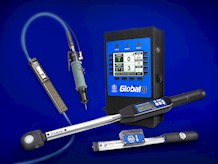 Suddenly the DC Nut Runner "model of one" paradigm was sadly outdated. Mixed model manufacturing now had much stronger support. The advancement was moving the Global 8 radio to 2.4 FM GHz. The radio was much faster with a more robust signal. The radio operated on 12 of the 16 XBEE channel frequencies. But the protocol wasn't XBEE, it was proprietary!

Customer feedback told Don that they wanted more tools and more features to be able to better control quality while documenting results. The Swedish term, SCADA for Supervisory Control and Data Acquisition was more than appropriate. 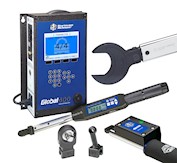 To give customers what they needed and wanted, Sturtevant Richmont created the Global 400 Torque Controller. The Global 400 supported up to 100 parameters, 16 application tools, and up to 8 of the newly patented, only one in the world Holding Tool Technology Wrenches."

The Holding Tool was the very same preset click wrench that Sturtevant invented in 1945 when their beam wrenches no longer fit in the cowling on the new fighter planes. It was the same wrench that had been first equipped with a cable in 1998 and then embedded with a radio in 1999.

The difference is that the Holding Tool doesn't apply torque. Rather, it holds a hydraulic hose or connector in place while another portion of the product is being tightened. That way the hose doesn't twist and lose useful service life. It also means that by holding another part of a hydraulic connector, the torque value does change while another portion of the connector is being tightened. That prevents expensive hydraulic leaks and warranty work.

Other changes were also groundbreaking. Rather than one operator and one box, the Global 400 supported up to 4 operators working simultaneously. This was accomplished by putting parameters in a group. Once all operators had completed their batches, the group could move on to the next set of parameters.

The new system also introduced a more robust radio that allowed the operator to continue working even if the radio communication between tool and controller had been disrupted. Once the radio connection was restored the wrench would update the controller and each and every torque event would be accounted for.

To provide more precise customization of torque values, the new 1200 Series Exacta was introduced. This wrench allowed management to customize both the points at which the display changed colors to inform the operator and the point at which the handle vibrated. Now operators were given error-proofing guidance in visual, auditory, and kinesthetic modes.

The PST Series was also updated with a new radio and could work with the Holding Tool Technology Wrenches.

When company President John Reynertson put the 1250 Series through the testing the answer became obvious. Not only did the 1250 Series digital torque and angle wrench survive the five-foot drop test in all orientations, but John also took the wrench out into the parking lot and ran it over with his SUV. The wrench was fine. The SUV needed a repair, but it was worth it.

Other digital torque and angle wrenches were much more fragile. The thought of a five-foot drop test in all orientations would send shivers up and down the spines of those who had purchased competitor tools.

Depending on the specified torque values in an assembly, customers easily replaced three or four preset click wrenches. Not only did they save money on the new purchases, but calibrating one wrench instead of three or four added to the savings.

Sturtevant Richmont also offers free trials for Global Host. You can operate for 24 hours at no cost. When the clock resets, the data history table is cleared.

While the torque controllers and wireless error proofing tools are often equated with the Industrial Internet of Things (IIoT) and Factory 4.0, there are other Sturtevant Richmont tools that fill the need for SCADA (Supervisory Control and Data Acquisition.)

Smaller businesses are able to meet Factory 4.0 requirements being placed on them by using tools like the DTC digital torque and angle wrench. The DTC provides precise torque application via the torque and angle functionality. But it also has a large results log that can be printed and sent with a sub-assembly.

The customer doesn't care if you have an expansive MES and the latest in wireless error proofing. They only want the data to validate that the work was done and done properly. They tend to want N.I.S.T level traceability. That can be done with a DTC digital torque and angle wrench. The results log can be printed and sent along with the build.

Sturtevant Richmont has helped thousands of assembly locations around the world with meeting/exceeding Factory 4.0 requirements.

Chances are good we can help you too.

To learn more about how we can help meet your Industrial Internet of Things (IIoT) and Factory 4.0 requirements, please contact us. 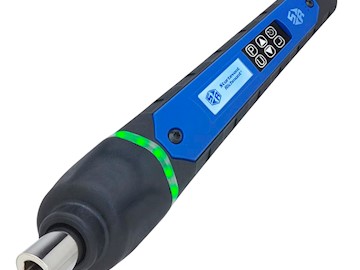 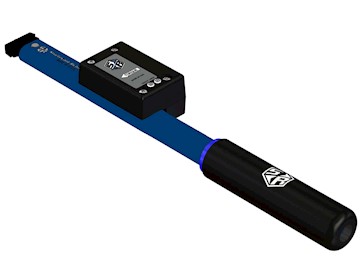 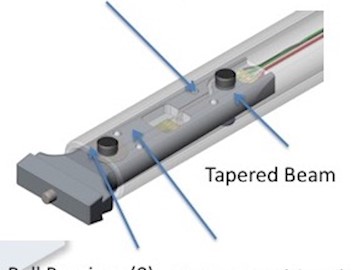 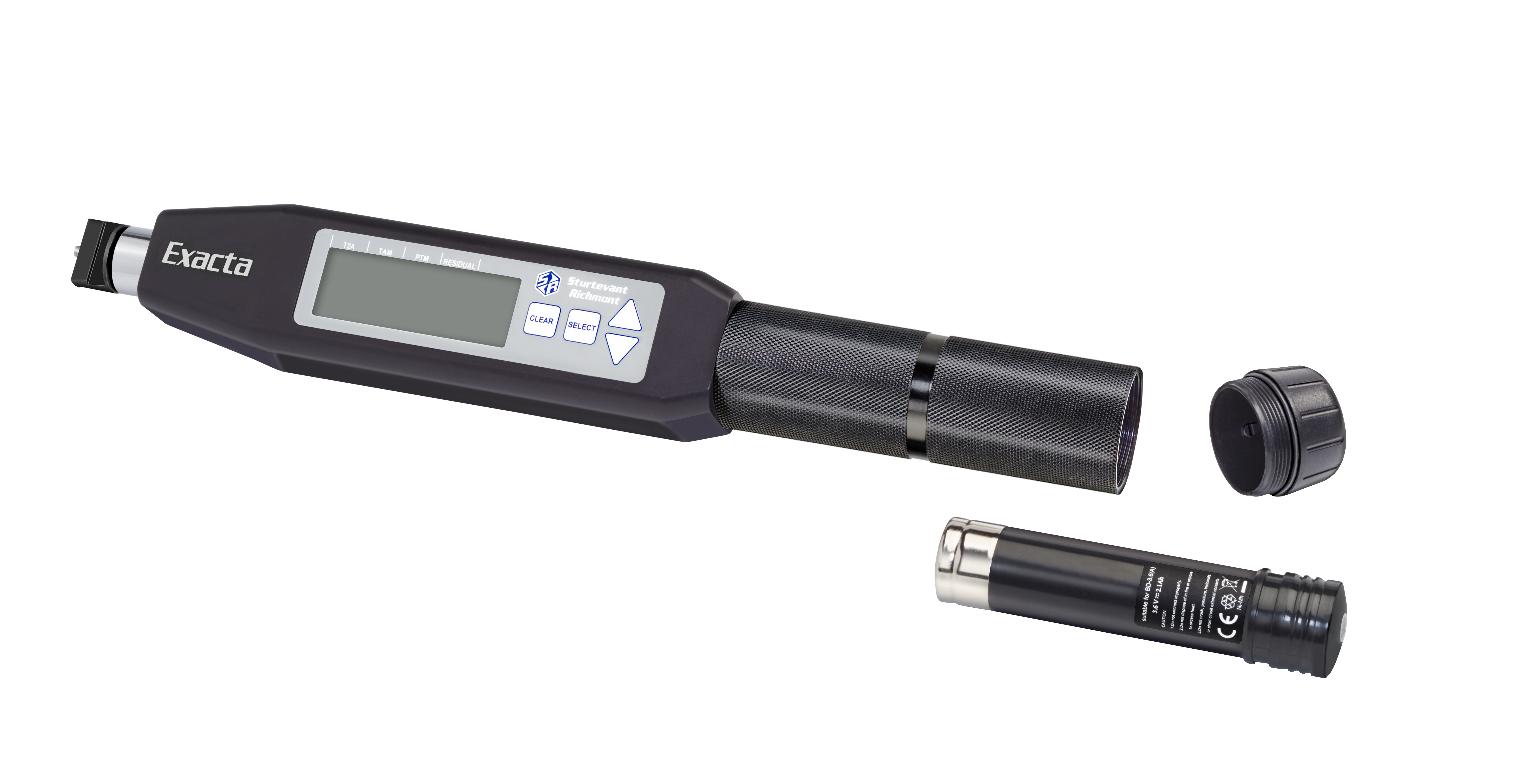 Why Torque and Angle? 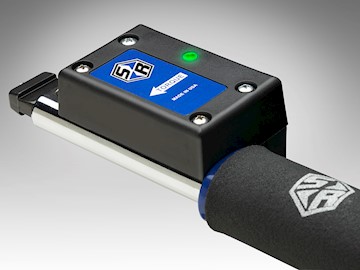 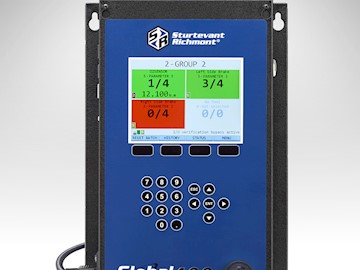 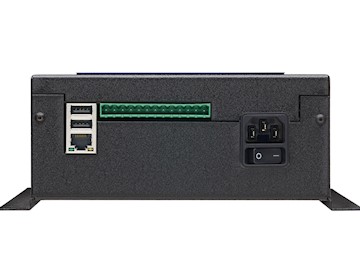 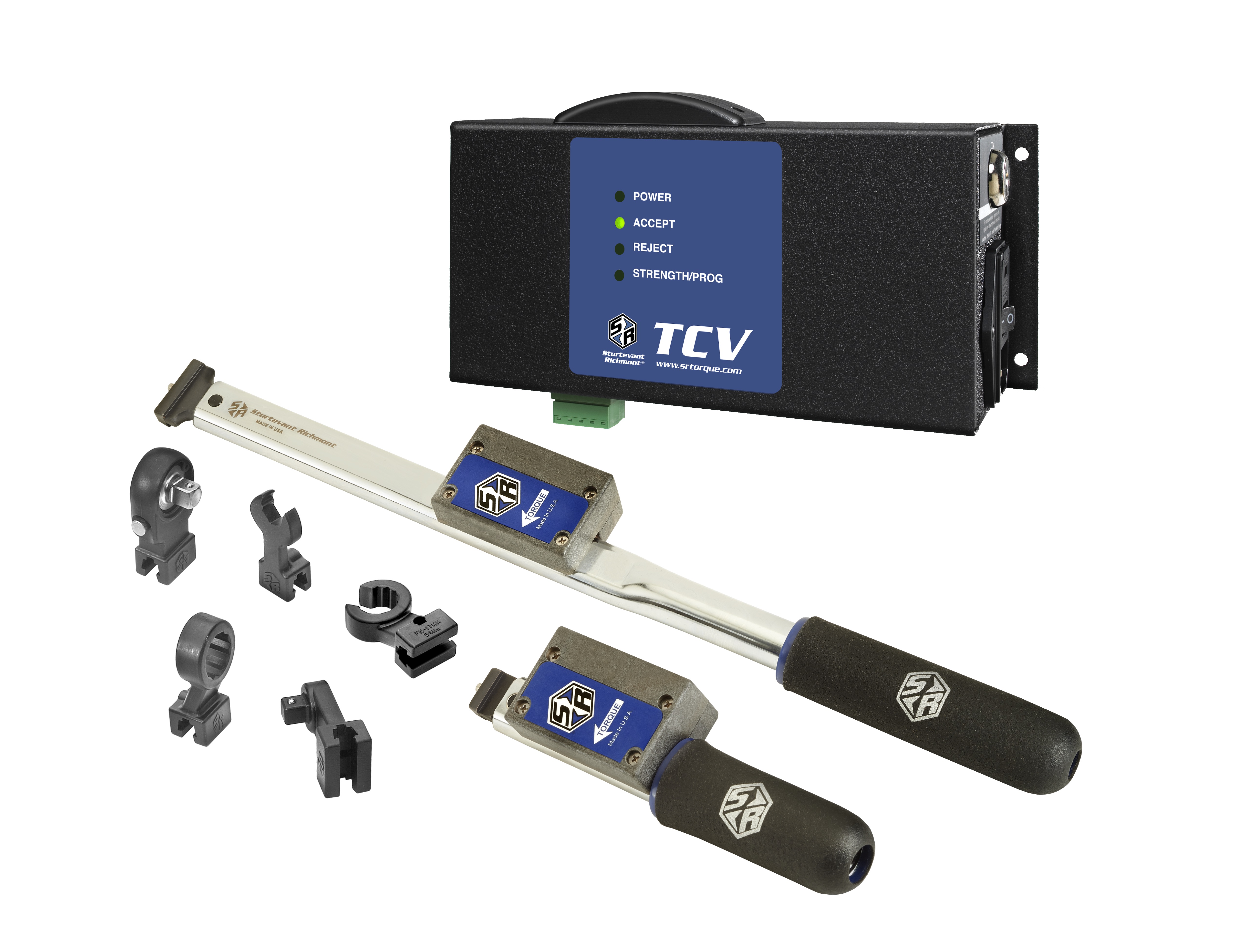 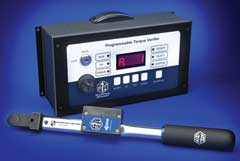